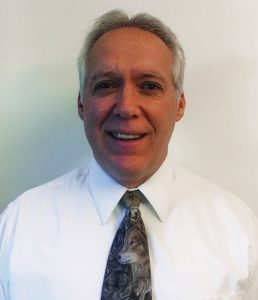 She:kon members of SAIGE. Though far removed and not confirmed, I have been told since a very young age that my family has native ancestry, specifically Mohawk. I have been working at the Federal Correctional Institution in Ray Brook, NY since 1990, with the last 8 years as the Environmental and Safety Compliance Administrator.

I was elected as a Board Director of SAIGE from 2008 – 2013 and have been the Native American Special Emphasis Program Manager (SEPM) since 1997. I have been recognized by the Bureau of Prisons (BOP) with SEPM awards for four separate years, the most recent being 2010, and in 2016 I received a SAIGE Award for Leadership. These awards were for my efforts in education, outreach and commitment to American Indian and Alaskan Native issues, and the dissemination of information regarding various American Indian issues both within the BOP and to outside organizations. I continue to utilize my contacts to educate staff on American Indian and Alaskan Native issues, and to have Spiritual Leaders come in to speak with American Indian inmates in hopes of decreasing their recidivism.

Per Ms. Sandra Burks Farrior, Affirmative Action Chief (Retired) for the BOP, I played a pivotal role in getting the Affirmative Employment Branch of the BOP to recognize SAIGE and to utilize the organization to train their SEPM’s on American Indian and Alaskan Native issues during the Tucson conference. The BOP continues to embrace what SAIGE has to offer by also sending their Selective Placement Program Managers to the National Training Program each year. In 2011, 40+ participants attend the SAIGE NTP.

I remain in close contact with my friend and teacher John Fadden and his family, who built, own and run the Six Nations Indian Museum in Onchiota, NY. Additionally, I serve on the Board of the Northern Adirondack Safety and Health Council and in the past served as the Chair of the Residents’ Committee to Protect the Adirondacks for approximately 12 years. I have a lovely wife and two wonderful boys who recently graduated from college.