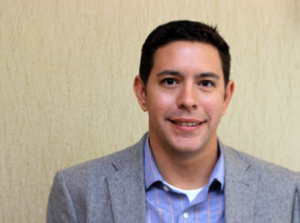 Jay is a citizen of the Cherokee Nation. Currently he serves as the Executive Director of the Self-Governance Communication & Education (SGCE) Tribal Consortium.

He has more than a decade of experience in program evaluation, primarily as a Senior Analyst in the U.S. Government Accountability Office’s (GAO) Natural Resource and Environment team.

While at the GAO, Jay led work and developed reports focused on federal management of programs that serve tribal nations and their citizens, including federal management of trust resources, implementation of self-determination mechanisms, and federal efforts to effectively collaborate in administering programs to tribes. Several of his reports resulted in Congressional oversight hearings before the Senate Committee on Indian Affairs, the House Appropriations Committee, and others.

Jay has served two terms on the SAIGE board of directors and served as co-chair of the 2016 National Training Program. He most recently completed a term as a Board Director. Jay routinely presents on various topics at conferences across the country, including the 2015, 2016, and 2017 SAIGE National Training Programs. He is a Lifetime member of SAIGE. Jay earned a Master’s of Jurisprudence in Indian Law from the University of Tulsa and a Master’s of Public Affairs from the University of Texas at Dallas.