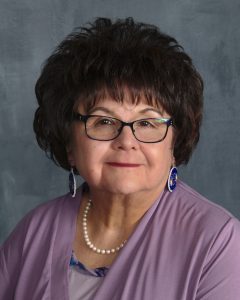 She has a degree in Human Services and is a Lifetime and Founding Board Member of the Society of American Indian Government Employees (SAIGE). She has served as the Chair of the SAIGE Board of Directors since January of 2014.

Fredericka served as a Special Emphasis Program Manager both within a program component and at the National level. She also performed as an EEO Counselor, Mediator, Team Leader, Trainer, Facilitator, and other assorted duties. Fredericka has received several Meritorious Service Awards over her career along with numerous Certificates of Appreciation and was awarded an Army coin for her diligent work with the Army in the performance of her duties as the Acting Family Advocacy Program Manager. Fredericka is passionate about her work and loves what she does. Fredericka is proud that she grew up as a “BIA Brat” living on 5 different Indian Reservations and attending Bureau funded schools.