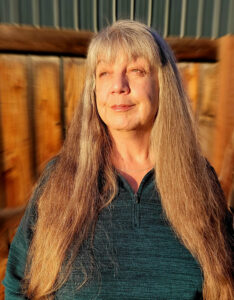 Lori Windle is Anishinaabe and is a member of the Minnesota Chippewa Tribe, citizen of the White Earth Nation. She was instrumental in the development of SAIGE from an idea to a working organization and was the first Chairperson of the founding Board of Directors. She has served in officer capacities and as a Director for SAIGE continuously since 2002. Lori was a Co-Chair of planning the National Training Programs in 2008, 2012 and 2018. A Lifetime Member, she is passionate about the SAIGE mission.

She has worked at the Department of the Interior’s (DOI) Office of Surface Mining Reclamation and Enforcement (OSMRE) Western Regional Office as a video producer and as American Indian Special Emphasis Program Manager for nearly 30 years. Lori participated in the DOI team that developed the training course for Department of the Interior’s Tribal Consultation Policy, introduced in 2015. Previously she worked in environmental justice, and trust responsibility and sacred sites education for federal agencies. Lori received several career awards including the Secretary of the Interior’s Equal Opportunity Award, the OSMRE Director’s Award, Denver Federal Executive Board Excellence in Government Award and DOI Diversity Champion Award (largely for work with SAIGE).

She was raised in Colorado where she still resides. Lori earned her Bachelor of Arts degree at Metropolitan State University in Denver, and Master of Fine Arts at the University of Colorado at Boulder. She has done post-graduate work in Tribal Sovereignty and Indian Law and won awards for her short documentaries. In 2004, she organized the Native Peoples’ Political Alliance, a non-partisan get-out-the-vote effort to increase American Indian voting in the Denver/Boulder area. In 2006, Lori received the Inspiration Award from Boulder’s Safe House Alliance for Non-Violence for her work in the community.

It would be an honor if elected to serve again.